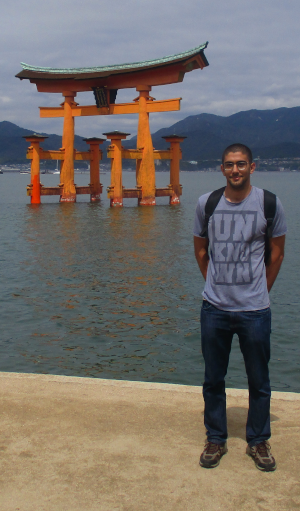 Paulo Martins has completed both his Master’s and PhD degrees at Instituto Superior Técnico. He had the highest grade among the students finishing the Master’s degree in Electrical and Computer Engineer in 2013/2014 and concluded his PhD with Summa Cum Laude, a maximum grade awarded to less than 10% of the doctoral theses. His research work mostly focuses on the intersection between computer arithmetic and cryptography, having contributed to the application of the Residue Number System (RNS) to post-quantum cryptography, and of stochastic computing and homomorphic representations to other types of emergent cryptography, namely Direct Anonymous Attestation (DAA) and Homomorphic Encryption (HE). Part of his research was conducted in collaboration with the Laboratoire d'informatique de Paris 6 (LIP6). Amongst the contributions of his 25 publications, one can highlight: the development of practical subquadratic modular multiplication for isogeny-based cryptography, the acceleration of Goldreich-Goldwasser-Halevi (GGH) decryption by an order of magnitude, the improvement of the DAA protocol both in terms of storage requirements and the time taken to execute it, and efficient algorithm-hiding Fully Homomorphic Encryption (FHE). He enjoys bringing his developments to practical applications, having, for instance, participated in the FutureTPM, a 4.8m€ project financed by the European Commission that aims at the design of post-quantum cryptography suitable for integration with the Trusted Platform Module (TPM). He has had industrial experience by partaking in an internship at Samsung Research United Kingdom (SRUK), that resulted in the submission of two patents. He later worked as a security engineer at SRUK, supporting the certification of Samsung Android smartphone and tablet devices with Samsung Knox. Currently, he is part of Angoka, helping design protocols to secure the machine-to-machine communication across legacy and futuristic networks, like CAN buses, networked drones, among others.

If you'd like to talk to me about new developments in computer arithmetic, cryptography, or any other topic, feel free to reach me at paulo.sergio [at] netcabo.pt !

Wikipedia says a webring “is a collection of websites linked together in a circular structure, and usually organized around a specific theme, often educational or social. They were popular in the 1990s and early 2000s, particularly among amateur websites.”